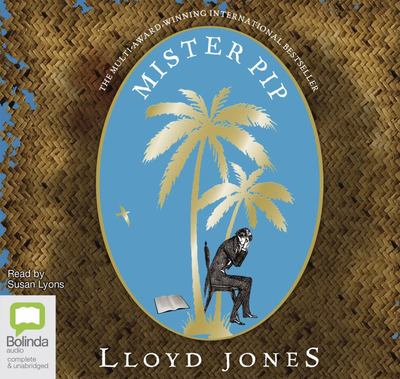 After the trouble starts and the soldiers arrive on Matilda's island, there comes a time when all the white people have left. Only Mr Watts remains, and he wears a red nose and pulls his wife around on a trolley; the kids call him Popeye behind his back. But there is no one else to teach them their lessons, and no books left to learn from - except for Mr Watts's battered copy of Great Expectations, 'by my friend Mr Dickens'.As Mr Watts stands before the class and reads, Dickens's hero, Pip, starts to come alive in Matilda's imagination. Soon he has become as real to her as her own family, and the greatest friendship of her life has begun. But Matilda is not the only one who believes in Pip. And on an island at war, the power of the imagination can be a dangerously provocative thing.A dazzling achievement, Mister Pip is a love song to the power of storytelling. It is about belonging and losing one's way, about love, grief and memory, and it shows how books can change our lives forever.