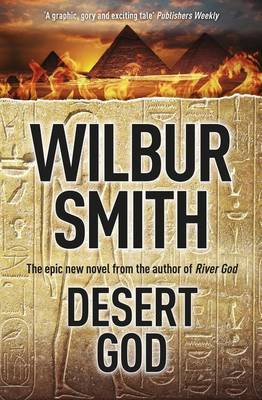 On the shores of the Nile, the fate of a kingdom rests in one hero's hands...Wilbur Smith, bestselling author of River God returns to Ancient Egypt in this long-awaited new historical epic. A novel of Ancient Egypt from the bestselling author of River God. Wilbur Smith is a master at the helm of one of the greatest stories of all time. On the banks of the Nile, a hero will rise. Across the lush plains of Egypt, Taita, a freed eunuch slave, wears his authority lightly. Not only is he the close advisor to the Pharaoh, but he is guardian to Pharaoh Tamose's two teenage sisters, the young beauties Tehuti and Bekatha. But the kingdom is not at peace. They have been fighting Southern Egypt's constant and historic enemy, the Hyksos people in the north, since time began. To finally crush them, Pharaoh must turn to his most trusted friend. Taita, philosopher, poet and expert strategist, has a plan that will see Egypt destroy the Hyksos army and form a coveted alliance with Crete in one move. This plan will take him, his expedition commander Zaras, and their mighty warriors on a perilous journey up the Nile, through Arabia to the magical city of Babylon, then across the open seas to Crete. The many dangers will cost lives and time, and they will meet battle and betrayal head on. But Taita must not forget his two charges, the spirited young princesses, whose attraction to the very warriors who lead the fight threatens Taita's meticulous plan and the future of Egypt itself.