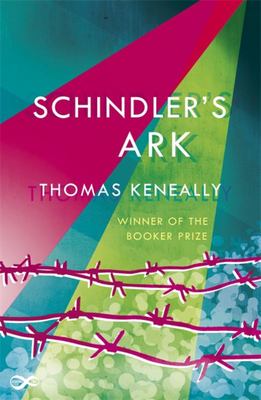 REISSUED AS A SCEPTRE 30TH CLASSIC, with a new afterword by the author. In the shadow of Auschwitz, a flamboyant German industrialist grew into a living legend to the Jews of Cracow. He was a womaniser, a heavy drinker and a bon viveur, but to them he became a saviour. This is the extraordinary story of Oskar Schindler, who risked his life to protect Jews in Nazi-occupied Poland and who was transformed by the war into a man with a mission, a compassionate angel of mercy.

Thomas Keneally began his writing career in 1964 and has published thirty novels since. They include Schindler's Ark, which won the Booker Prize in 1982 and was subsequently made into the film Schindler's List, and The Chant Of Jimmie Blacksmith, Confederates and Gossip From The Forest, each of which was shortlisted for the Booker Prize. His most recent novels are The Daughters Of Mars, which was shortlisted for the Walter Scott Prize in 2013, and Shame and the Captives. He has also written several works of non-fiction, including his memoir Homebush Boy, Searching for Schindler and Australians. He is married with two daughters and lives in Sydney.