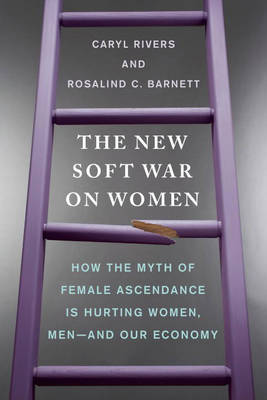 The New Soft War on Women: How the Myth of Female Ascendance is Hurting Women, Men - and Our Economy

For the first time in history, women make up half of the educated labour force and are earning the majority of advanced degrees. It should be the best time ever for women and yet. it's not. In THE NEW SOFT WAR ON WOMEN, Caryl Rivers and Rosalind C. Barnett, respected experts on gender issues and the psychology of women, argue that an insidious war of subtle biases and barriers is being waged that continues to marginalise women. Although women have made huge strides in recent years, these gains have not translated into money and influence. Rivers and Barnett offer women the real facts, as well as tools for combating the "soft war" tactics that prevent them from advancing in their careers. With women now central to the economy, determining to a large degree whether it thrives or stagnates, this is one war no one can afford for them to lose.

Caryl Rivers is a professor of journalism at the College of Communication at Boston University. Rosalind C. Barnett is a senior scientist at the Women's Studies Research Center at Brandeis University. Her pioneering research on workplace issues and family life has been sponsored by federal grants and she is often invited to lecture at major venues in the United States and abroad.