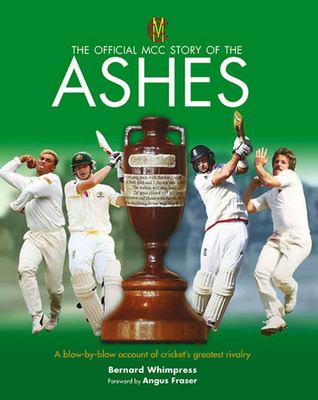 The Official MCC Story of the Ashes

The Official MCC Story of the Ashes is the perfect way to celebrate cricket's most fiercely contested series. From the late 19th century England and Australia have met twice every four years and, since 1882, the prize for the series winners has been a tiny urn, purportedly containing the ashes of a bail burned after England had lost at The Oval. As well as a running history of the series, special features are interspersed, highlighting some of the legends from each team, the controversies and the media. This revised and updated fifth edition is published to coincide with England's 2017-18 series in Australia.

Bernard Whimpress is an historian and former curator of the Adelaide Oval Museum. He has published and edited the Australian cricket journal Baggy Green since 1998. He co-wrote the Andre Deutsch book Great Ashes Battles (2006) and has written the updates for Chris Harte's seminal History of Australian Cricket. A member of the Australian Society for Sports History, Bernard lives and works in South Australia.