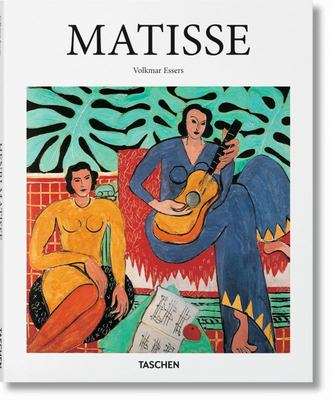 Le Bonheur de Vivre: The vital colors and shapes of a modernist masterThe work of Henri Matisse (1869 1954) reflects an ongoing belief in the power of brilliant colors and simple forms. Though famed in particular for his paintings, Matisse also worked with drawing, sculpture, lithography, stained glass, and collage, developing his unique cut-out medium when old age left him unable to stand and paint.Matisse s subjects were often conventional: nudes, portraits, and figures in landscapes, Oriental scenes, and interior views, but in his handling of bold color and fluid draftsmanship, he secured his place as a 20th-century master. It was Matisse s palette that particularly thrilled the modern imagination. With vivid blue, amethyst purple, egg-yolk yellow, and many shades beyond he liberated his work from a meticulous representation of reality and sought instead a vital harmony, often referring to music as an inspiration or analogy for his work.From vast patterned panels to simple and tender portraits, this book introduces the full reach and creativity of Matisse s career, spanning his early work within the Fauvism movement right through to his latter-year projects such as Jazz and the Chapelle du Rosaire in Vence.About the series: Each book in TASCHEN s Basic Art series features: a detailed chronological summary of the life and oeuvre of the artist, covering his or her cultural and historical importance a concise biography approximately 100 illustrations with explanatory captions"