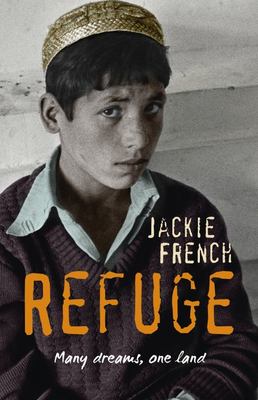 Refuge centres around a 14-year-old Afghan boy who spent much of his life in Pakistani refugee camps before making the voyage from Indonesia to Australia. As the boat crashes against the rocks of Christmas Island he loses consciousness and awakes to find himself in the life he has always dreamed of in Australia, but with no memory of how he got there: not unusual, says his doctor father. As it is the school holidays he becomes one of a gang of kids who roam the beach, led by an older boy, although he slowly realises that the true power is wielded by ten-year-old Susanna - who has been ten years old for twenty years. Each of the children in the gang has come to Australia as a place of hope or refuge and they represent the times and places of Australia's greatest migrations. Their life is everything they have dreamed of, from the wonderful House of Women for Chinese Tien Ling to Irish Dairmid's farm, Luis's fishing boat, the library that goes on forever, and the musical concerts for German David Goldberg. Slowly our Afghan boy realises that each day he can make the choice: to stay in the dream or walk through the door on the beach, or to go back to the sea and the rocks and accept real life instead.