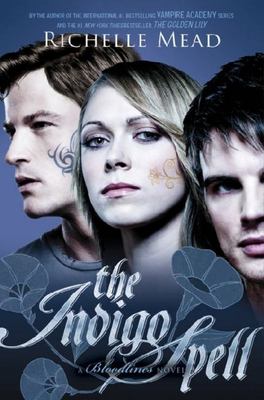 Sydney Sage is an Alchemist, one of a group of humans who dabble in magic and serve to bridge the worlds of humans and vampires. They protect vampire secrets - and human lives. In the aftermath of a forbidden moment that rocked Sydney to her core, she struggles to draw the line between her Alchemist teachings and what her heart is urging her to do. Then she finally tracks down the elusive, enigmatic Marcus Finch - a former Alchemist who the organisation denies exists, and who lives in shadows, on the run. With Marcus's help, Sydney realises that the group she's been loyal to her whole life has been hiding the truth from her. Is it possible that her golden lily tattoo might have more power over her than she thinks? As she struggles to come to terms with what that might mean, Sydney is compelled to use her growing magical powers to track down an evil magic user who is targeting powerful young witches. Using magic goes against everything she always thought she believed, but she realises that her only hope is to embrace her special blood - or else she might be next. Forging her own way is harder than Sydney ever dreamed. Maybe by turning off her brain - and following her heart - she'll be able to finally figure out where she belongs.

Richelle Mead is the author of the Vampire Academy series and its spin-off series, Bloodlines.